What is Toni Reading?

My friends know that I am always reading a book, actually, more than one at one time. 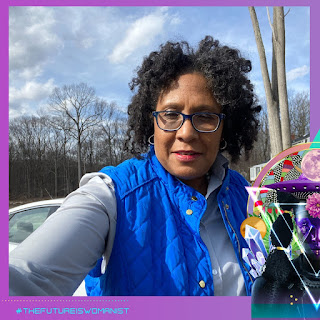 Often, it is a fiction and a non-fiction book that I'm alternating between, kind of like my breakfast read versus my lunchtime read.

I decided to stop for a minute and take a look at titles I picked up at the library and what intrigued me about them.

As summer is approaching and as you may (or should!) be considering what to read while you go to the beach or honestly, have another summer in your back yard wondering when Covid will release us to the world.  Well, literature and literary non-fiction can give us some thought provoking nuggets.

I already reviewed and talked about The 1619 Project. It absorbed a lot of angst from people who did not want to look America in the mirror. It is still an important read and one I would recommend for those about to go to college or already there. It contains a lot of history not taught in the schools. It is in 18 sections that are meaty and accessible. It will take you through the summer.

The Black Agenda: Bold Solutions for a Broken System edited by Anna Gifty Opoku-Agyeman is one I just picked up that covers a range of topics impacting Black people that if addressed, would make it better for everyone. They include the health industry, economics, education, and policy, among others. You can find your area of expertise and go for it. For me, I enjoyed the forward, the editor's note, and the chapters on Black lit and education.

Speak by Tunde Oyeneyin is not what I would call great writing or literary non-fiction. It is a cross between a self-help book and a memoir written by a Houston native of Nigerian origin. It gives a glimpse into that culture, I didn't know there were a lot of Nigerian-Americans in Houston, and into the thoughts of a woman trying to find her way, from leaving college to being a Peloton trainer, she has gifted us little nuggets of thoughts that are perfect if one is in transition. My daughters gave it to me for my recent birthday, my second daughter and last child is going to college in the fall, I will be kid-free for the first time in thirty-five years.

THE NEW YORKER has compiled a collection of essays and writings throughout its history into one humongous volume! It gives me my arm workout and while I checked it out from the local library, I actually think it is one the I will add to my collection for the essays are something we can turn back to for future work. Edited by Jelani Cobb and David Remnick, The Matter of Black Lives: Writing from THE NEW YORKER is a hefty 860 pages. It includes writing on race in America from Toni Morrison, James Baldwin, Ta-Nehisi Coates, Zadie Smith, and others.

You Don't Know Us Negroes and Other Essays by Zora Neale Hurston is another one that I have been munching on throughout the past couple weeks since finding it in the local library. It is another one that I will had to the collection. My Triumphant Soror was an anthropologist and an observer, this collection comes from that viewpoint. She was one of the greatest intellectuals of the 20th century and is the namesake of the literary circle I lead with Black teens.

I love story and as I have been curating the experience for the 2022 summer, I have a very large TBR pile of literary fiction and contemporary YA novels.

Two that I am exploring right now are Take My Hand by Dolen Perkins-Valdez. First, read anything she writers, literally. Wench was my first encounter with this poetic writer who uncovers deeper truths in the lives of Black women's experiences. This book is more contemporary, set in 1973 in Montgomery, Alabama with alternating chapters into 2016, it tells the story of reproductive medicine and Black women. I pre-ordered it for its May release and have been transported into the lives of poor women trusting that the government wouldn't deliberately endanger their lives. As we are in the frightening times of a woman's rights to choose being stripped away, this is one that I have given to my daughter.

The other book is a contemporary YA novel written in the voice of three Black American Muslim girls living on this side of identity, being, and belonging. Set in three different places, this invites us into the world of these teen girls and what it is like for them to navigate the triple "isms" of race, sex, and religion. You Truly Assumed by Laila Sabreen was released in February 2022 and is one we will read in the literary circle.

This year, the Brooklyn Public Library and I believe the entire New York Public Library has made their collection free to anyone ages 12-21 to check out a book. This is in response to the ridiculous backlash against history and anything telling the truth of American's original sins. Sparked by The 1619 Project and their need for a boogieman (boogieman?) everyone from ponytail moms to politicians spoke out against the well researched work of Professor and Journalist, Nikole Hannah-Jones work that was originally part of the 2019 New York Times series under the same name. The shift in the country from awakening in May 2020 after George Floyd was murdered by the police, quickly morphed into some white people espousing "great replacement theory" and millennial/Gen X moms scared their sons would read that white people weren't that exceptional after all. Book banning in school districts and attempts to have them removed from public libraries has absorbed alot of the energy in the 2021-2022 school year. In an effort to combat that, organizations like the National Library Association and many, many bookstores, have put out lists of books that they have available. Reading is power and as I've taught my students, it is something they didn't want African Americans to be able to do. So many books have been banned that the most the Generation Alpha will encounter in schools is a milk toast marshmallow cloud of white imagination. The kids, though, have been fighting back and forming book clubs, reading groups, and standing up to the bullies without a brain.  I hope the next school year will be better.

I purchase a lot of books, like a lot of books and well over 99% come from an array of Black bookstores.  Where I live, I frequent Kindred Thoughts in Bridgeport or The Key Bookstore in Hartford or People Get Ready in New Haven - all through Bookshop.org or their respective websites.

Other bookstores I order from and when I am in their vicinity, I visit, are

Harriett's Bookshop in Fishtown in Philadelphia

I'm sure there are some I'm leaving off. I try to rotate my purchases.  There are some local bookstores that I enjoy visiting like Atticus, RJ Julia, and any independent store I pop into when in Rhode Island or Boston.

So, there you have it, that is what Toni is reading in May. The literary circle starts in June, so for the summer, I will be all things YA.

What are you reading?