I began my literary reviews over a decade ago - Tayé Foster Bradshaw's Bookshelf - to honor those Stories that were singing my soul song.

I concentrated mostly on literary fiction because that is my passion and what drew me into writing about what was missing when I went to the bookstores. I still do not read Urban Fiction and anywhere near water is my favorite place to be.

That said, I also read and have been impacted by a lot of literary non-fiction written by Black women.

Some of my reading and deeply annotated reading happened in the last twenty years, in the space between my MBA and my M.Div. The last few have encompassed a lot of theological writing because I'm still a fairly new M.Div (M.Antona Brent Smith, I graduated in 2019) and still new as a Womanist scholar.

Here is the list of the 2022 New Releases that I just purchased and am anxiously waiting to read.

1. God is a Black Woman by Christena Cleveland, Ph.D. - 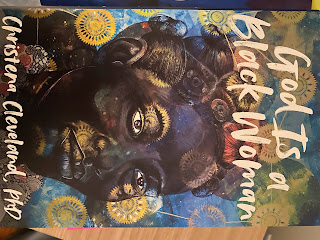 The cover alone is worth the pre-order. I have to thank Black instagram and the accessibility of conversations with writers because I wouldn't have known about this without IG. I also learned from the writer directly the impact of pre-orders, so I followed a link she gave me (it was Barnes & Noble) and preordered it on January 28, 2022 before her February 8, 2022 release date. It literally just came in the mail yesterday and I can not wait for March to center her work during my Black Women's History Month Celebrations.

2. South to America: A Journey Below the Mason-Dixon to Understand the Soul of a Nation 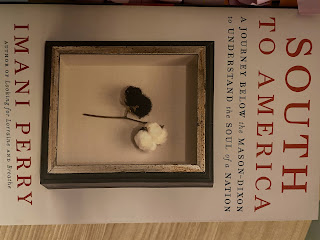 by Imani Perry, Ph.D. This is another Black book IG find for me and engagement with the author. This is another book I purchased upon release and ordered this one from one of my Black bookstores I support through Bookshop.org (Kindred Souls in Bridgeport CT). I have engaged with Imani Perry's writing before when I was in seminary, her book, Very Thing: On Gender and Liberation, was one that I resourced for my 2018-2019 last year of seminary.  Given the times we are in, the pre-release discussions of Dr. Perry's work have elevated it in discussion as the nation continues to grapple with race. 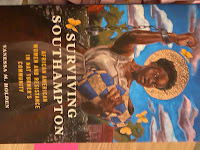 Surviving Southhampton: African American Women and Resistance in Nat Turner's Community by Vanessa M. Holden is another Black book IG find. This is a scholarly writing that was published on July 13, 2021 but didn't hit my radar until later in the year. I think this was my December 2021 purchase. 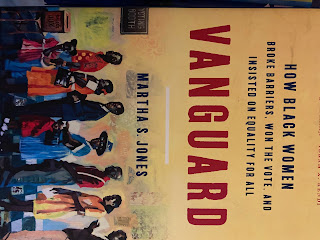 Vanguard: How black Women Broke Barriers, Won the Vote, and Insisted on Equality for All by Dr. Martha S. Jones. I bought this book last summer during one of my trips to either Brooklyn or Philly, can't remember. I am looking forward to engaging with this book, originally published in 2020, as the 2022 election year continues to prove we have much at stake. I am also chair of a voting collective for. my sorority, so this is informing our work. 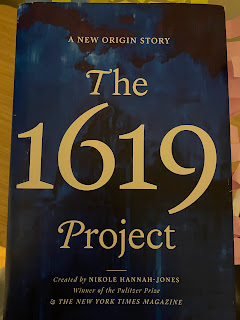 The 1619 Project: A New Origin Story created by Nikole Hannah - Jones. I bought this right when it was released and waited to February to begin reading it as I am leading a book talk about it in my town. It has been much anticipated.

I think of it in similar ways as Four Hundred Souls that as co-edited by Dr. Keisha Blain and Dr. Ibrim X. Kendi, that I read when it came out in 2019. I shared that book with several people and have recommended The 1619 Project as the starting point for The Hurston and Hughes Literary Circle® high schoolers.

Those I've read before,  some during the pandemic, that are worthy of your consideration: 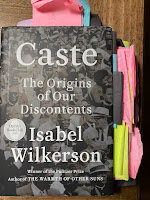 Caste by Isabel Wilkerson. I read it when it was published, and her work is impeccable, 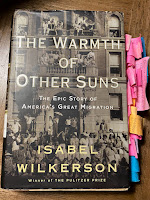 she has detailed research, stories, and connections from difficult times in our history that continue to impact the way race is systemically impacting the movement and being of Black people. I highly recommend both books. 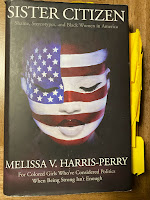 Sister Citizen by Dr. Melissa Harris-Perry. Another book I read and deeply annotated when it first came out continues to make the argument of for Black women's impact as noteworthy in achieving democracy. Her work as a journalist and professor rings out and I had the pleasure of meeting her twice, the second time she signed my book (Public Theology and Racial Justice Institute at the Vanderbilt Divinity School, 2019) 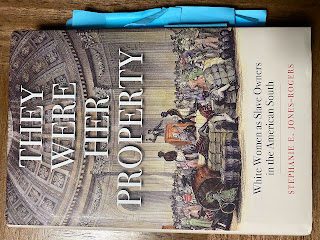 They Were Her Property: White women as Slave Owners in the America South by Stephanie E. Jones-Rogers is one I first encountered in my book club. Often times, when the injustices of chattel enslavement in the U.S. is discussed, it is often as if the only protagonist in that sordid story is a white male. White women were owners, some were owners that married the men and because of patriarchy, had to acquiesce that ownership, others remained unmarried so they could maintain control and just hired men as overseers. This story is a stark reminder that Jane was just as bad as Jim. 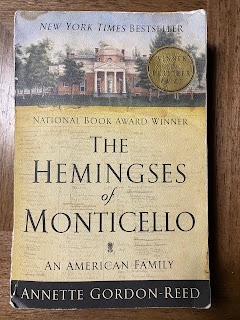 The Hemings of Monticello:An American Story by Annette Gordon-Reed has been out for several years and is a chronicle of the author of the Declaration of Independence and his deep hypocrisy in his dealings with Sally Hemings and her children. It is a stark contrast to the humanity he was trying to invoke in his writing and his want, need, lust, ownership of a young Black girl. It is a complicated story, much like this country, and one that should be told. I encountered this book several years ago in book club.