Have you every been so taken by a story that you stayed up late into the night to read it and when sleep beckoned, you wanted it to hurry up and complete it's task so you could get back to the beauty of a story?
That is this book, Mothers by Brit Bennett. 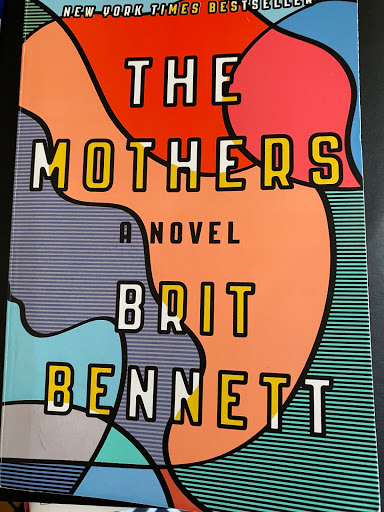 To say I loved this story does not do it enough justice. This could have been parts of my life, my story, your story, especially for those of us who either came of age in the 1980s or are parents of those who were born in the 1980s. She did a great job of bringing us into a contemporary topic and issue without dating this piece to not be relevant to the teens who will engage with me during The Hurston and Hughes Literary Circle.
What an accessible story she has given us. It is for teens, college students, and adults. Mothers is truly a multi-generational  narrative about life, choices, love, existence, and acceptance.
One of the things that makes this novel a bit unique are the at-first-unknown narrators who are part storytellers and if you ever grew up in say a Black Baptist Church, those Mothers on the front row in white suit and hats on the First Sunday who saw everything, knew everything, and mixed their gossip with their prayers because they were the keepers. It is not until we get to the last third or so of the book that these older women begin to take more shape and have names, back stories that I can imagine Brit developing into another novel, and a bit of the well-meaning tidbit of information that can change so many situations almost overnight.
My own mother died when I was just four years old. I don't have memories of her touch or her smell, only things that have been told to me about her my entire life, similarities of her that are now my being, but I have nothing to look at except pictures. I am also the mother of sons and daughters, I know that tense feeling of wanting the best for the sons and having them avoid situations that could deter their future and I am the mother of daughters and have a wanting for them that the two central characters of this book do not possess.

How do we mother and do it well, how do we make choices that impact our dreams, how do we ease into  life as the second love?

Mothers is beautifully rendered in between the lines of this story that centers Black people in a way that is full, complete, nuanced, and complex.
This book is lyrical, there are so many lines in it that are so poetic that they awe of them literally had me closing my eyes to hold onto the feeling of her words. You must read this book. It was part of my Christmas/Kwanzaa purchases from one of the Black bookstores I've been virtually perusing since the pandemic and wanting to not do Amazon.
My favorite, so far, bookstores to order from are powered by Bookshop.org - Mahogany Books, Harrietts Bookshop, Semicolon,The Key Bookstore, and now, Uncle Bobbies. I am adding that this is also the story of the men on the other side of women's lives. That is one of the reasons I am including this for the literary circle. There are choices that men, teen boys, are part of that impact them and the girls for the rest of their lives and they have to deal with the emotional impact also.  Brit, again, does a good job of showing us a side of Black men that is not always explored in contemporary literature.
The author worked on this as a manuscript as part of her MFA program at the University of Michigan. This is her first novel. Her second one is out now, The Vanishing Half, and so far, I'm hearing nothing but good things about it.
You can follow her on Twitter at @britrbennett
Keep up with me and what I'm reading by visiting me here, or on IG at@literarydove. I'm on twitter, @lattegriot. 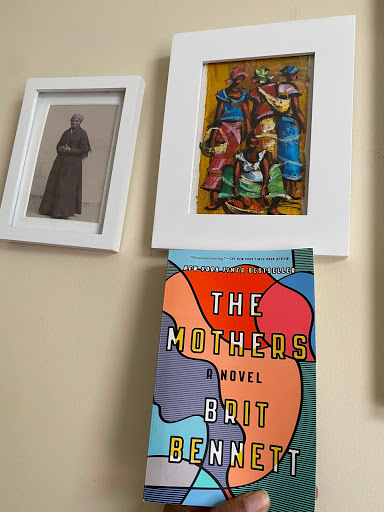 Posted by Tayé Foster Bradshaw at January 30, 2021 No comments:

In Search of Story

My daughter and I enjoy visiting bookstores

We went to a bookstore in Waterbury, Connecticut and just smiled at all the Black YA selections.

The cover art was delightful and the selections were definitely more than we had seen in years' past.

She began to consider what she wanted to read.

As she picked up a book by a set of authors we read in The Hurston and Hughes Literary Circle, she sighed. Even as she enjoyed engaging with their work before and virtually meeting them, there was a heaviness that set upon her.

What's wrong? I asked her.

It's always the same thing, she replied.

What do you mean? I queried further.

The same story arch over and over. We don't all have the same lives.

Well, I know this is what sells, but it seems like they traded one stereotyped story for another.

I had to step back from my own armful of book selections to consider what she was telling me. I have lived in this independent scholar world of studying and writing about Black women's literature for so long that I just appreciated there were more and more Black women getting through the brick wall of publishing to be on the shelves in major bookstores.

What my daughter was telling me was a quandary.

We chatted more as we walked through the selections, she finally decided upon two rom-coms. One was by a Black woman and another by an Arab woman.

"We'll see what these give me." was her reply when I asked her about her selections.

I want teens to read and I want them to see themselves in the cover art and in the pages of the book.

This same daughter, in a session with the literary circle, in discussing the future of Black lit, talked about oppression as continuous theme and what it does to the psyche of Black teens. For those who are living in the middle of challenging situations (note, only 27% of the entire Black population can be considered poor, while 66% of the entire White population is, but this is not what is shown in the media. 17% of the stories about extreme poverty and challenging situations that derive from it, show white people, while well over 75% of the stories that show the same are of Black people. Even in states or cities where Black people are a minority and thus unable to be a "burden" on the social system, they are the ones the news media chooses to show in their stories). My daughter talked about this as indoctrination and how it has the potential of creating a perpetual cycle of proving one's right to exist fully as they are, even if they are a nerdy Black girl or boy who does not listen to hip hop, does not sag his pants, does not wear multicolored braids to her waist, and does not spend every dollar on some name brand thing to be relevant. That is a complete stereotype that she talked about being depicted in multiple stories, even some of the books we have chosen to read in the literary circle because of the author's debut.

So what do we do about this?

One of the things is to take notice, visit bookstores or virtual Black owned stores and notice what is being centered.

Another is to celebrate those who have made it past the editors and publishers but to also challenge each other to talk about the uncomfortable place of stereotype and singular stories.

One of the hardest is to penetrate the brick wall of the big publishing houses. To them is about what will sell and can become a self-fulfilling prophecy of stories. Indie houses and self-publishing is one way more literary stories are cutting through the noise. Another is through the growing population of IG book bloggers and book clubs. As people read more and consider literary arts, they are able to celebrate more the diversity of story and the space there is for all of Black culture to exist in pages.

A final thing is to demand more, as she did, with how she choose to spend her book dollars.

We remain in love with literature and the beauty of a good story. We also remain in search of the one that catches our breath, has us close our eyes in appreciation of the art, and ponder a time when there are more and more to chose from.

This is a Domestic Terrorist Attach - a Coup

I have that nauseous feeling, that punched-in-the-gut feeling, that hand over mouth feeling that I haven't felt since 2017 when that demon-in-chief was elected.

I am on vacation and after the Warnock-Ossoff win in Georgia, wasn't paying attention to the news. Had family plans. Then received a text about what was happening.

We are sitting in my living room watching MSNBC.

This is a coup.

They put up the flag of a domestic traitor who is a liar. Who has incited so many of these white men. This is not how this Democracy is supposed to be.

There are no logical words.

This is a coup.

These men and women with their children are white and alive on the Capital steps because they are white.

They are the domestic terrorists we told folks about in 2008, in 2012, in 2016, in 2020. We tried to tell people. This was not a fraudulent election, this was a fairly won election where that manbabynarcassist did not win. But he incited other insecure little ego, little ammosexuals, to storm the capital. This is what America has gone to war with other countries over.

I am sick to my stomach.

And good white America, this sits at your doorstep, you allowed this.

Posted by Tayé Foster Bradshaw at January 06, 2021 No comments: