By Tayé Foster Bradshaw - July 24, 2019
I lead a literary circle for Black teens.

This is the seventh year.

Every year, we engage with children's literature, to remind ourselves of our imagination in the midst of the craziness that can somethings swirl through our news feed.

We read and discussed a few books that featured Black/African American main characters. One was a reminder that stories matter in reminding us where we come from, even if that means stepping out of ourselves to go and ask someone. 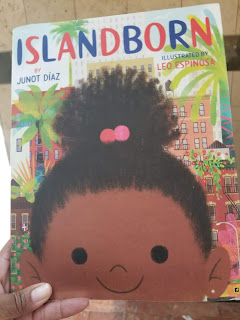 Islandborn by Junot Diaz is an immigrant story that celebrates the beautiful colors and diversity of racial-ethnic identities in America.  Set in New York, it stood out to us an even more important story to read with children as the crisis at the border continues to show the inhumanity that rises up when we forget the innocent lives that should just be playing with friends.

I have hair that can twirl or blow in the wind, that has a center that reminds me of my West African heritage and billowy whips that acknowledge the ethnic mixture that came from being created in a mixed up American story. We read two books by bell hooks 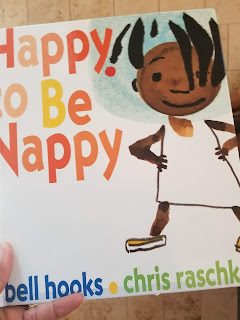 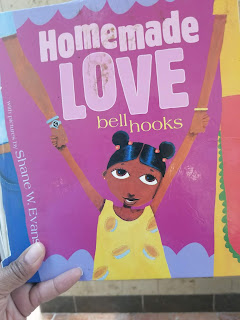 and celebrated her poetry of little black girl hair. This was a book my daughters loved till the covers fell off. 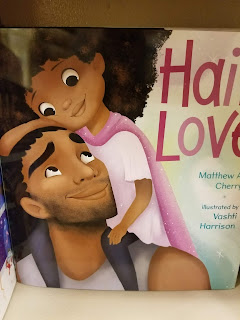 We also read a more modern telling of the same them with the father and daughter as main characters complete with updated cultural references like the smart phone and the tats on the dad's arms. The dad did her hair.

Imagination and taking action are all part of what it means to be nine years old ready to take on the world. We read a story of a little girl who galvanized her community to save the bee's.  It was a longer picture book that the teens agreed would be a good one for growing independent readers.

The teens finished up their time with a visit to the children's section of the bookstore. They had already been armed with the statistics of the status of children's picture books with a dismal presentation of ethnic-racial diversity as main characters. We agreed it was important to see ourselves in the story. It is why I started reviewing black female literary works, emphasis on literary and not the publishing worlds stereotyped offering that did not match the lives of the parents in the literary circle.

Children are filled with stories. They exist in a world of the possible, or at least, they should. So the teens sat down and wrote their own, put themselves back ten years and decided to dream.  They dreamed of diversity that didn't need to be pointed out, that just was. They dreamed of girls who did whatever they wanted and weren't limited by their gender. They dreamed of schools with books and teachers who cared. They dreamed of a reality they wanted to not just imagine.
African American children's literature black books Black children diverse children's books teen reading