By Tayé Foster Bradshaw - April 04, 2014
This debut novel takes us back to that uncertain time and that uneasy feeling that was 9-11.


Written in a series of seemingly disjointed vignettes, this novel, conceived by the author when she witnessed the Twin Towers coming down as a New York teen, can feel as unsettling as the sunny morning when the world changed.


It has been over a decade, and like the decade it took her to write the book, we are still grappling with what it all means.  Who are the “they” and what about “we” in how the event connected us all, whether we were in New York or in suburban Kansas City.  It defined a generation and perhaps, allowed us to see the humanity in each other. 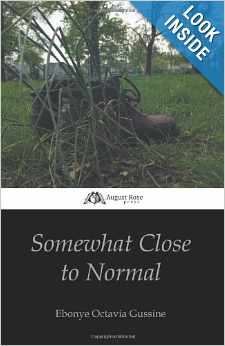 The novel exposes some of the feelings of loss, disconnect, connect, prejudice, racism, profiling, and the desire to move on despite it all.  No one then, or perhaps now really know what “moving on” means in light of the unimaginable.  One can only wonder how life altering that event was in the eyes of the school children that were near lower Manhattan when the plans sliced into the buildings as if they were butter.


There is the tendency to want to blame someone, to make someone accountable.  The novel opens on what seems like an ordinary day in a New York City borough, people catching the subway, grabbing an espresso at the bodega, children getting to school, teens listening to music, the exciting everyday activity of life in the big city.  Then, in an instant, everything changed and everyone was left examining life.  Appreciating each other, living like they know tomorrow is not promised, hoping for something different, wanting to protect friends who were profiled, teaching us not to be afraid of each other, life was so rumbled after 9-11-2001.


I felt uncertain, unmoored, and a bit uneasy as I read the words, disjointed, uncertain.  It reminded me of sitting on the edge of my bed, fresh from the shower, my newborn daughter in her seat, us barely home a week after her birth.  Katie Couric interrupted the usual morning jovial banter of The Today Show to tell us of an accident in New York City.  Even as she was reporting, the second plane flew in and an audible “Oh God no” was released from my lips.


That moment is etched in the collective memory of everyone who was anywhere over age five on that fateful morning when what we knew to be America changed.  We had never been attacked by terrorists, had never had three planes go down on the same morning, had never seen two building collapse with all those lost souls inside, had never seen countless people jump from burning buildings to their death, it was all beyond the grasp of one’s mind.


This novel, somewhat narrated by the mysterious Gabriel, felt a bit like the movie “Crash” to me where all these vignettes were connected while all the lives were either unraveling or making sense of an impossibility. At first reading, it felt like I needed to draw a visual organizer to catch all the connections, then I realized that was the beauty of the novel.  9-11 happened and still remains emotionally raw for a lot of people, there are still a lot of families that never had anything back from their loved one, like the experience of one of the characters.  There is that punch-in-the-gut feeling every time the calendar pages and the moments of silence remind us that normal may not be fully

Offered through a newly minted independent publishing house, this novel has a young voice and a hope that we will all return to normal, even as it has been over a decade and new towers stand in its place.
9-11 August Rose Press Ebonye Octavia Gussine hope love Manhattan Muslims New York City prejudice racial profiling recovery Twin Towers