12 Years A Slave by Solomon Northrup There are only a few first-hand accounts about the horrors and injustice of slavery.

A people were forcibly taken from their homeland for what one of my professors termed, commodities for other people's consumption.

They were forced into chattel servitude in perpetuity for the benefit of a few, by virtue of their skin color and place of birth.

It is against this backdrop of history and systemic racism that I read the book, 12 Years A Slave, made popular by Steve McQueen's recent movie.

Like a typical bibliophile, I prefer to read the literary works before seeing a director's interpretation of it.

It was more like a first-hand account of the depravity of American history and truly man's inhumanity to man in the unfiltered greed that caused these white men to deceive and kidnap a free black man, born of free black parents, change this man's name, beat him to within an inch of his life if he exposes his true identity, and for the equivalent of thirty pieces of silver, sold him down river to the bowels of the plantation system.

Such is the story of Solomon Northrup that upon his liberty, he was able to pen the recount in vivid detail, to charge and challenge those who would assume that this peculiar institution was a necessary evil for this fledgling nation.

He aptly wrote about the system and also the sheer evil that is born in the souls of men who perpetuate this system.  He wrote about the coldness in the hearts of the women benefiting from the spoils of this system, yet hating the chattel women who are the unwilling participants in their men's dalliances, the latter having no ownership of her person hood.  Perhaps it was the joint understanding that even the mistress, in a time when women's rights were a figment, were just as much owned as the dark bodies toiling in the rows and rows of cotton.

This book, written by an educated man, held captive for the span of my daughter's lifetime, also rendered the plight of the women who were held in this depraved institution. 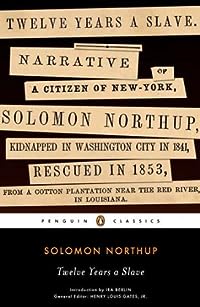 He gave voice and recognition to the inhuman treatment of women, one was once free and because the white man who was her suitor and father of her children, died; his 'estate' was sold, including this woman, one-fourth-black and her children who were not yet legally free.  The children were sold away from her, the reason for their selling was that the man's white daughter was jealous of this woman-of-color's exotic beauty.  The children were sold away from her, the woman died of a broken heart, no amount of driver's whips could make her pick cotton, something she was unaccustomed to doing.

Then there was the story of the last enslaved women in his narrative.  She was prized for her swift hands and deft ability to pick tons and tons of cotton.  The master of that bayou plantation was a depraved brute who put his wife up in the big house and upon his weekly drunkenness, would exercise the most debase sexual acts upon this woman who had rights over nothing.

Solomon Northrup wrote about what he did not hear, but what he witnessed.

He wrote about the beatings this enslaved sexualized chattel woman received at the hands of the drunken man who blamed her for his sexual acts upon her.  And he wrote about the beatings this woman received, sometimes naked and bound in the ground with her naked back and buttocks exposed for his ravaged beatings; he wrote about the ones ordered by the mistress who was jealous of the slave, the mistress who could not turn her husband's affections to her and blamed this "property" for being wanton because the husband could not keep it in his pants.

It was against all this that Solomon Northrup wrote a true account about the system, a word, even then, in the antebellum period, that he understood was allowed to happen because of laws.  The laws then in turn created a darkness in the hearts of men, themselves often uneducated and lower class than even Mr. Northrup was in his New York dwelling.

I studied the book, more than simply reading it, it is now filled with underlinings and postmarks.

We will never be free from the past that stains the soil of our country.

It happened and it is as real as the hatred that flows through this country because a black man of mixed heritage was elected some four, five years ago.  It pulled the scab off a wound that is older than the founding of this nation.  It is against this that 2013 saw this important work come to the forefront of the country through a white man's vision on screen.

Sometimes, just like Solomon Northrup found, the message of freedom has to flow through the pens, lens, and eyes of white allies who have the access to places of power, who have the language of the laws that were written, and who have the means to exercise his eventual liberty.

I highly recommend this book.

You have to be brave to read this book. 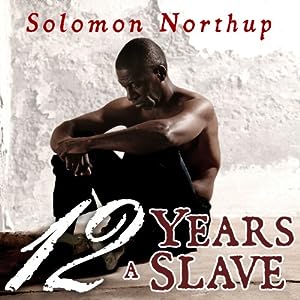 To expose the truth of this nation and examine the beliefs of what is happening in the south, what is happening with redistricting, with voting rights, with the private prison system, with redlining, with stereotyping black women and black men, with all the wrongs that have happened because one man owned another man.

You have to be brave enough to really listen, from the far away grave, of the words of Bass, the man who ultimately became the friend and ally to free Northrup.  Hear his "abolitionist foolishness and rantings" as he spoke to Epps, the most brutal slave owner.  Listen to Bass and his proclamation about the sheer inhumanity of one man owning another, despite the justifications for the system.  Listen to his discourse, found in the final chapters of the book, and examine the bloodied history this important work wants us to remember.

And in remembering, strive to make sure this never happens again.